When a beacon of light shines from a lighthouse, it can save the lives of sailors at sea, especially when there is fog or poor weather. You could say, if it were not for the beacon of light, the sailors might perish.

Denise March chose the name Beacon Bags when she began filling bags for young women who were rescued from human trafficking in Prescott, ON. She wants to shine the light on this very dark issue, while making the women feel cared for, and giving them a beacon of hope. She fills the bags with some comfy pyjamas, toiletries, a journal, a pen, and a treat. The bags are deliberately beautiful, to make the ladies feel loved.

“These girls have been treated like trash by so many. It’s about time they received something special,” Denise says.

Most people are not aware of how close to home human trafficking is. That is probably because the predator’s strategy has changed with the use of the internet. In the past, girls were lured mostly in person. Now, 80% of victims are lured online through gaming sites, social media, chat rooms and job boards. Predators pretend to be someone they are not, so they can entice a young boy or girl to connect with them online first, then in person. By the time they meet in person, trust has been established and the predator pounces, taking advantage of his prey. The internet has made it far too easy for them to find vulnerable children. What makes them vulnerable? Being young and naïve. Sadly, that is all it takes. The more naïve, the better.

A predator might look like an agent who promises a young girl a modelling job if she sends him a few photos showing her face and/or figure. Now she is at risk. She has already given a piece of herself to a complete stranger in the hopes that he will give her something she wants. He takes advantage of that by making her feel special and setting up a private photoshoot for her. She goes, and then, she is taken away or at the very least, taken advantage of.

Or the young boy who wants to win the game he plays every day online and is promised gaming techniques so he can get to the next level. His opponent asks for personal info – an address so he can send mail. Once they know where he lives, they can find a way to engage him in human trafficking. They might even abduct him.

Online conversations can last for weeks, months or even a year. Once the predator has built trust and has all the information he needs, he takes the victim. Most of the time they are taken to another city and kept captive for years. The value of one victim is about $250,000.00 per year.

Scary. Horrible and disgusting. I want to stick my head in the sand where I can’t hear anymore. I can’t do anything anyway. Can I?

That is how Denise March felt after attending a seminar on sex trafficking for parents of teens. She could not shake the feeling that landed on her mind and heart that night. She prayed and asked God for help. He put it on her heart to educate and equip young girls- before they were old enough to be vulnerable. She started a program called Girl Talk, teaching young girls aged 9-12 years, street smarts. They shared their hearts with Denise, expressing their fears and telling her about the culture they live in. She realized the young boys needed to learn a lot as well. So, she started another program called Equip To Rise. She focused on life skills, street smarts, self-defence, and internet navigation. She used the Bible to equip them to become wise boys and girls.

These groups were effective, but Denise still felt God tugging at her heart. She learned from Christine Caine, Founder of A21, and became a volunteer with the organisation. She connected with others who had the same passion, and leaders in the community like the Police and Victim Services of Prescott.

She learned just how many young girls were stolen right from the community she lived in. When a girl was rescued, she came to the police with absolutely nothing but the clothes on her back. Denise found something she could do to help. She created Beacon Bags, filling them with a few vital items to help the girls feel safe and cared for.

While many things have slowed down due to a global pandemic, human trafficking has increased. More students are online than ever before – making them vulnerable to the predators. And many of them are lured by other teens who have been trained and paid to entice the girls and boys. This is a $250 billion dollar organized crime. It is the most invisible and evil crime that is robbing our youth of their lives.

Denise has a dream to open a home for healing victims of human trafficking, serving the Leeds and Grenville area. She believes there needs to be a safe place where these young women can go to heal and find Jesus' love. You can follow her @beaconbags on Facebook to learn more about this issue.

You can also go to Focus on the Family to read more about human trafficking and learn how to equip your children and keep them safe. The Human Trafficking Hotline number for all of Canada is 1-833-900-1010. Please call if you suspect someone is in danger.

And most importantly, pray. 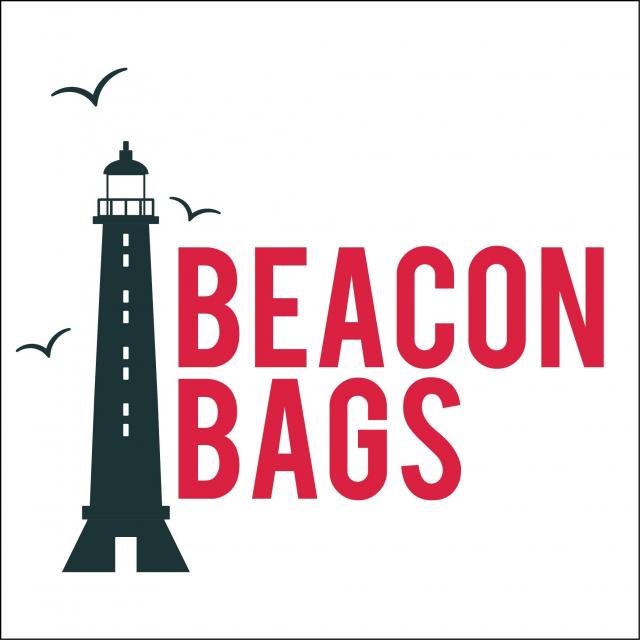