Have you ever listened to a song that stirred your soul and lifted you out of your dark mood or frantic worry? It is no accident. Our brains respond to music differently than to other noises. Music can lift us up mentally, emotionally, and even physically. There are all kinds of music and each person responds differently. We know that music can affect our mental health, either positively or negatively, depending on the style of music and the lyrics.

But what if you suffer from depression, anxiety, or ADHD? Could music affect our ability to focus or train our brain to learn more effectively?

W. Ian Walker, the author of Stirring my Soul to Sing, has personally experienced the power of music in a remarkable way. As a young boy, he struggled with learning in school and suffered with much bullying because of it. At that time, the education system did not have many resources to help children with learning disabilities. The doctor diagnosed Ian as “Hyperactive” and medicated him to calm him down so he could focus and hopefully learn better.

His mother gathered a few ladies together to pray for their children weekly. They also had children who were struggling at school. For years they prayed and in the meantime, something wonderful happened. Ian’s grandmother, who was a woman of great faith and musical talent, spent time teaching Ian how to play the piano and sing worship songs. Ian remembers the feeling of calm that would come over him as he sang with his grandmother. He would practice daily and soon became very good at it. To his surprise, the more he grew as a musician, the more his life changed for the better. He was able to focus, and he became calmer and more confident.

After a couple of years on the medication, Ian’s doctor was surprised to see substantial improvement. He told his mother he could stop taking it for a while and see what would happen. Ian never took ADHD medicine again. This was a relief and an answer to prayer.

Ian continued to find relief by leaning into the music and his Christian faith. He became a professional musician and built a successful 30-year career in music and the arts. In his book, Stirring the Soul to Sing, Ian tells the story of his struggle with ADHD and how God used music to heal his brain. He believes that God is using his testimony and his talents to bring hope to anyone who lives with ADHD.

If you know someone who struggles with ADHD, Ian is about to launch a “Four Day - Stirring My Soul Challenge” where Ian will teach about music, faith and ADHD, one hour per day on a closed Facebook group. The event takes place from October 19th-22nd, 2020.

You can find more information here: http://stirringmysoul.weareonenetwork.biz or join his Facebook page “Music for the ADHD Brain” Ian’s book can be found at www.emliancommunications.org 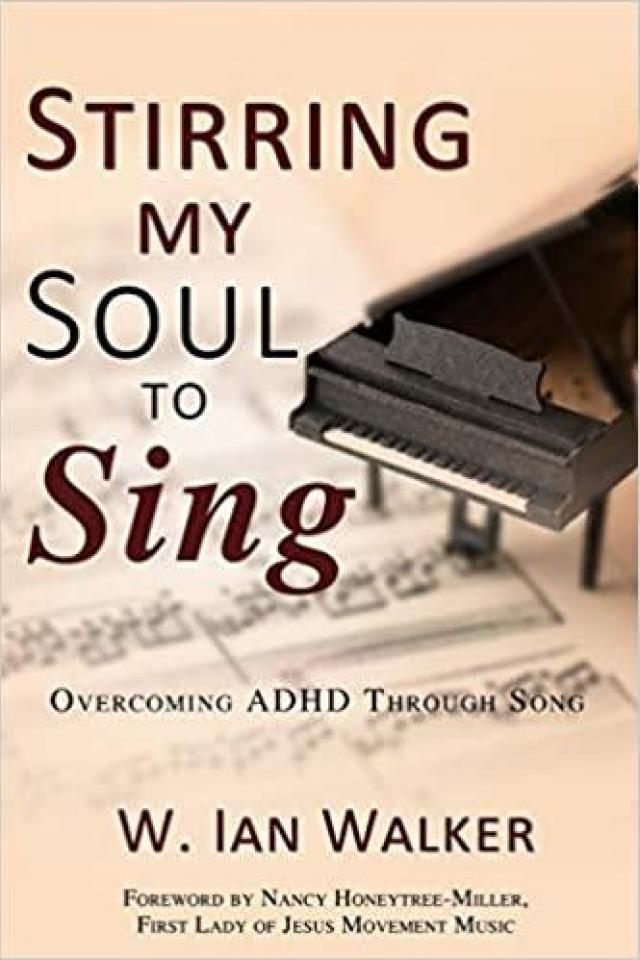